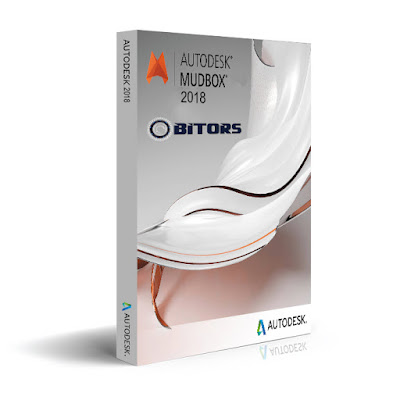 Mudbox is a proprietary computer-based 3D sculpting and painting tool. Currently developed by Autodesk, Mudbox was created by Skymatter, founded by Tibor Madjar, David Cardwell and Andrew Camenisch, former artists of Weta Digital, where it was first used to produce the 2005 Peter Jackson remake of King Kong. Mudbox’s primary application is high-resolution digital sculpting, texture painting, and displacement and normal map creation, although it is also used as a design tool.

The Mudbox user interface is a 3D environment that allows the creation of movable cameras that can be bookmarked. Models created within the program typically start as a polygon mesh that can be manipulated with a variety of different tools. A model can be subdivided to increase its resolution and the number of polygons available to sculpt with. 3D layers allow the user to store different detail passes, blending them with multiplier sliders and layer masks. Using layers the user is able to sculpt and mould their 3D model without making permanent changes.

As a detailing app, Mudbox can import and export .obj, .fbx, and .bio files, as well as its own .mud format. A typical workflow is to create a relatively simple (low polygon count) model in a 3D modeling application and then import it to Mudbox for sculpting. Subdivision of models occurs using the Catmull-Clark subdivision algorithm.

The sculpting tool set contains an assortment of brushes with adjustable falloffs.

The use of 3D layers allows for design visualization, non-destructive sculpting, and high polygon counts. Since the layers combine additively, their ordering is unimportant for the final model and may be created arbitrarily. Curves can be created and projected on a mesh for use as precise masking. All of the standard transform and selection tools are here as well. Paint layers were added in Mudbox 2009.

Mudbox also includes stamps and stencils. Stencils work by overlaying a grayscale, or “alpha channel” image, such as a bump map, over the mesh. The artist can then project part or all of the image’s detail onto the mesh through brush strokes, providing a method to quickly sculpt surface detail.

The underlying architecture of Mudbox was updated in Mudbox 2009 to allow the sculpting of models with larger polygon counts compared to earlier versions. In Mudbox 2009 3D painting and texturing features were introduced to allow artists to paint directly on their models in 3D. In addition, features to display the model with depth of field and ambient occlusion were added for the release.

In Mudbox 2010, an application programming interface (API) was introduced via a software development kit (SDK). In addition, functionality to improve file interoperability with other 3D applications (Autodesk Maya, 3ds Max etc.) was added via the FBX file format.